Not Looking for Love

Not Looking for Love 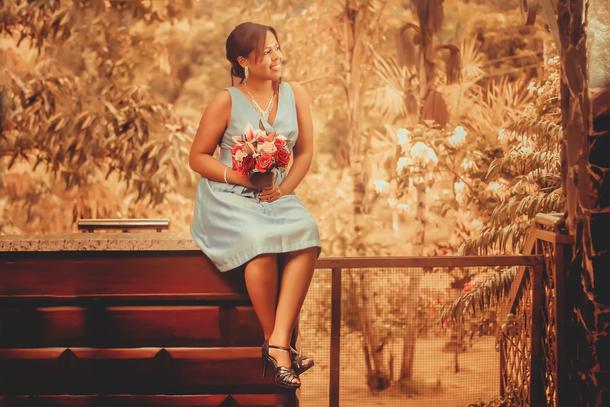 I figured it was a good time for a little GoodbyeGal update.

With Valentine’s Day fast approaching I’d expect that a single chick, such as myself, to be putting in a little effort into alerting cupid that I am totally available… but I’m not. I feel no pressure, thankfully (at least not yet and I realize this could change in the next 10 min).

Things are progressing, albeit slowly, with Office Guy. I am taking it as a good sign that I received a drunk text from him over the weekend indicating that he was showing off my pictures to his sister, who he is very close with. To back this up I also received a text last night while watching the Grammys. An artists came on who we’d recently discussed and just as I was thinking of sending him a text about them I received one from him. I am on his mind and it’s a nice place to be.

We haven’t discussed anything related to Valentine’s day, but I already know he is not free that weekend. He’s a single dad and that happens to be a weekend with kid. Also, I don’t want spook him with any requests to spend time even if it’s a “platonic” non-date date. He has repeatedly expressed how he enjoys my company, what little we spend and the fact that he is reaching out to me outside of work as much as I him has me quite content with letting things just happen when they happen.

I’ve pretty much ditched all the other guys I’d been talking to, except The Boy.. who *is* just a toy and a very fun one at that. He’s got quite a packed schedule with School and a new job, but managed to make a house call this past weekend. We’ve reached the point where we have zero inhibitions with each other. I know his buttons and love to push them… from his reactions he seems to love it too

My Doublelist online dating profiles are gathering dust and I’ve only logged on a few times over the past month to exchange messages with Rabbit, an agoraphobic (or as I like to pronounce it – angora.phobic – thus the nick name Rabbit). He came clean during our first phone conversation that he has this irrational fear of driving places, but assured me it was only long distances and traveling alone. It didn’t scare me off right away, but add to that his dislike of Seafood and much of the music I listen to and I just didn’t see us having a future. It was apparent to him that I was dismissing him and he begged a little that I would try to see past it all and “like him”, but that just showed him as insecure and un-confident, not too attractive when you already have some major strikes. What really sealed the deal were the multiple times he told me I reminded him of his Ex wife. Next!

As if the Rabbit wasn’t enough to send me into hiding from the male population for a while…. an old high school friend has been sending me flirty Facebook messages. I’d like to refer to him as Triple Nipple and yes, he had three nipples! I say had, because after scanning his photos it appears he has had it removed. I am still traumatized from the night I got an up close and personal look at it. As if it wasn’t bad enough that I was in a relationship at the time, he was dating my best friend, and he was drunk and throwing himself on me at a party… when he cornered me in a dimly lit bedroom and tore his shirt off I was shocked! He acted like it was no big deal… seriously!? Ew.

So, no I am not Looking for Love, I do not need a Valentine. I’m content (for now).

I am curious to know what you all have planned for the Big day of Love… I’ll happily live vicariously though you!

I run to where the sun rises, every night. Whoever comes tomorrow is the same. That boy the world is very big. 1v1 lol slope unblocked

This is an excellent post I seen thanks to share it. It is really what I wanted to see hope in future you will continue for sharing such a excellent post. landscaping

I think this is an informative post and it is very useful and knowledgeable. therefore, I would like to thank you for the efforts you have made in writing this article. pool cleaning

Such a very useful article. Very interesting to read this article.I would like to thank you for the efforts you had made for writing this awesome article. painting services

this is really nice to read..informative post is very good to read..thanks a lot! stucco installation

Took me time to understand all of the comments, but I seriously enjoyed the write-up. It proved being really helpful to me and Im positive to all of the commenters right here! Its constantly nice when you can not only be informed, but also entertained! I am certain you had enjoyable writing this write-up. patio pavers

This post is good enough to make somebody understand this amazing thing, and I’m sure everyone will appreciate this interesting things. tree services

This is really a nice and informative, containing all information and also has a great impact on the new technology. Thanks for sharing it, tree services

Two full thumbs up for this magneficent article of yours. I've really enjoyed reading this article today and I think this might be one of the best article that I've read yet. Please, keep this work going on in the same quality. web design

Personally I think overjoyed I discovered the blogs. concrete contrators

Your content is nothing short of brilliant in many ways. I think this is engaging and eye-opening material. Thank you so much for caring about your content and your readers. arborists

I took up a challenge through all discovered and created sites. The love we can feel with the top essay writing service crowd fund reviews and other reports. Everything will be listed through the following concepts and blogs resources.