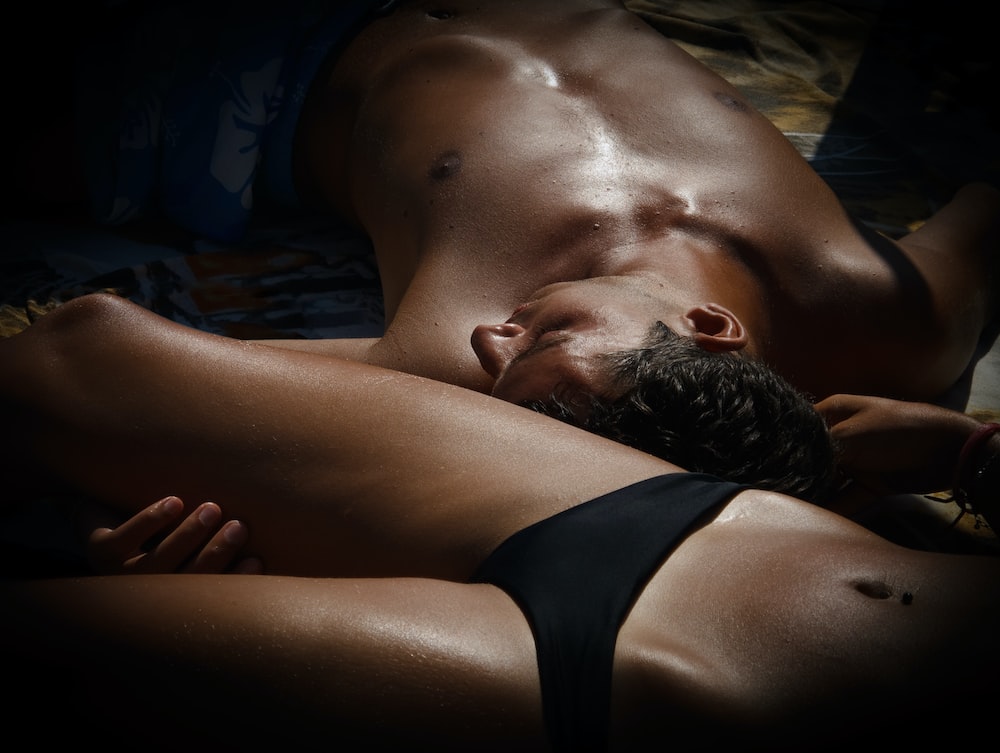 Flannigan's. Look at all of the women playing volleyball. And that's the exact problem. They're here to socialize with their friends, not look for men. And even if they are, you'll only get a phone number at best. If you know women, then you know that they will not have sex if they feel all sweaty and nasty, so the chances of a one night stand are nil. When you've been doing this long enough, you tend to pick up on little things like these. Time to go somewhere else...

Tank: "But there was a red head at the bar!"

I fucking hate gingers almost as much as I hate Asian women and their sideways vagina's...

Tank: "Did you see that door girl eye fucking the hell out of you?"

Can't say that I did. Or maybe I did, and just get a kick out of ignoring hot women.

Outside. A chick asks Big Misha for a lighter. Not going to go into the particulars of our convo, but in short, she started yelling at me because I kept saying that she wasn't an Ohio State fan, and called her hair maize (one of Michigan's colors) instead of blonde. This girl was going off of the handle.

A lot of you guys would freak out and leave. Most of you do, when a random girl you're talking to starts yelling at you. What did I do? Maintained eye contact (to signal to her that you aren't afraid of her), stayed calm with my voice, and talked to her as if she wasn't yelling. In the end, she calmed down, and ended up talking to me. That's how you handle angry women.

Back inside, then out again. I see a table full of women. You know I gotta go talk to them. I go right in and sit on their table top. The one next to me looks up...

She laughs, and tells me that I'm fine. She then moves her purse closer to my drink. I stare her down like I'm pissed off...

And she moves her purse back. I then begin talking to Misha. She looks up at me again...

Girl: "You guys are talking about me, I know it!"

Yes, like the world revolves around you. She keeps bugging me, so she obviously wants to talk to me, so I introduce myself. We bullshit. She offers me some of her drink...

Of course she defends herself, just as I predicted, and then she scoots in closer. This shit is almost too easy. It can't possibly get any easier. Her friends then take her away. No big deal.

I'm trying to stay away from the humor in this post, but on a side note, there was a girl that came in who was uglier than sin itself. She had no friends, and stood on the wall alone. However, I have a lot more respect for her than a lot of you guys who just sit at home and feel sorry for yourselves. Girls are more sensitive about their looks than men, and she's ugly as shit, yet she got off of her ass, and decided that she would go out and at least TRY to get her a man. Respect.

Outside sitting on a table with Tank. He starts giving me bullshit about his looks. Knows that I'm not trying to hear it. He keeps blaming his lack of success with women on his looks. I call bullshit. He has a lot more going for him than most men. He's not ugly, he dresses good, and he's actually social. In other words, he has everything he needs, but he keeps letting his thoughts about his weight get in the way of his success.

Girls actually like him, they talk to him. They aren't repulsed, and if he bothered asking for a phone number or date, I highly doubt that they'd say no. His only problem is that he's afraid to take things to a sexual level with these women. I lecture him about the above, and I think it finally sinks in through his head...

Me: "If I pull tonight, I'd be willing to lose the girl. And as long as you learned something, it'd be worth it."

I have faith in him. Misha is going to stop going out during the night soon, so Tank is the only guy left that I trust to be my wing during the week. I just don't see the potential to get up to my level in the rest of the guys (other than Jonesy, but he's leaving soon). Nothing to do with their looks, but they just lack the level of social awareness that Tank has.

A hottie comes and sits next to me. I am soon going to pay for my above comment. I look at Tank, who's sitting next to her friend. He knows that I'm about to make my move. But before I can open my mouth, the girl sitting next to me gets up...

She then looks at my lips and touches my labret piercing...

MOTHERFUCKER! How the hell did she get so close to my face so easily, let alone touch it? Those of you who know me, know that I hate it when anyone touches my face. I then return her compliments...

She then lifts her foot up and shows me her shoes. They match her shirt...

Me: "I have that pattern set as my desktop background on my computer at home."

We then shoot the shit, and she really won't get out of my face. It's almost as if she's too into me. Time to investigate. Maybe she's a liquor pimp...

Me: "Why aren't you drinking?"

Girl: "I'm not drinking tonight. What are you drinking?"

I then decide to test her. I hand her my cup...but she doesn't drink any of it...

I talk to a lot of women, and it just so happens that alot of these beautiful women are on them. I guess she isn't trying to get a drink out of me. You guys have to understand, I didn't always look this way, so I'm just now getting use to women constantly staring and approaching me...

And she tries pulling me away...

Me: "I don't dance to country music." (It just so happens to be Country Night)

I then stand up and she starts dancing on me. This girl seriously wants to fuck me, won't leave me alone for shit. I gotta test her again...

I hand her my drink and walk off. I expect her to be gone when I return. Nope. She's still here. Interesting. Girls use to just go about their business when I left, but recently, every single girl has stayed behind and waited on my return...

And she hands me my drink. We then start talking. I could leave with her now, but I'm facing two obstacles. I can't find Misha (our DD), and I have no clue if Taxi's wait outside of this bar...

Girl: "Why're you being difficult?"

Hah. Sex Lips would also say that I was being difficult...

Girl: "You intrigue me."

Me: "Why? Because I'm not all over you like every other guy would be?"

Girl: "You could say that."

The friend that's sitting with Tank chimes in...

Friend: "I want you to come with me."

The girl then looks at me...

Friend: "I'm sorry, but I live in a sorority house, and I'm use to peeing with someone else. I really need to just take her with me."

Of course they don't return, at least not within a reasonable time frame. I'm not going to sit around and wait all night, so I leave...

Tank: "She was all over you, why didn't you get her phone number?"

He must not know that I don't do numbers, especially when it's an easy lay. I only do phone numbers if a chick simply gives it to me without me having to ask for it. Now, my guess is that the friend actually took the girl and left the bar. Why do I say this? Said girl was all over me the entire time, and when her friend tried to leave, she tried to stay with me.

I then get kind of upset with Tank for not being able to hold his girl. However, I did say that I'd be willing to lose a girl as long as he learned something, and he did. I have no one but myself to blame. When she tried to pull me away from her friend and take me to the dance floor, I should have just went along and then left the bar without her friend's knowledge of us leaving. She obviously knew something about her friend that I didn't (which explains why she kept pushing for me to go to the dance floor. Remember, we were outside at the time.). I guess even the best learn something new ever now and then.

No Matter How theJourney Ends

FromPrudish Princess to Mama Love and Other

How to DealWith The Silent Treatment

How Towards Crank out FirstDate Flow

HavingChildren Adds Stress To A Marriage

here is best collection of
love status
& amaizing post, you are doing great job for the society. keep it up. I bookmarked this website on my web browser. thanks for sharing valuable information.

Nice read. I just passed this onto a buddy who was doing some research on that. He just bought me lunch since I found it for him! Thus let me rephrase: Thanx for lunch! คาสิโนออนไลน์